Little shaky in the middle, but the ending was phenominal!

Spikes in difficulty are a little difficult to read.

This map was great! Particularly the ending, I really enjoyed how the map exploded into color and experience along with the song! The begging half, however, could have used some extra ‘pizzazz’ to more or less get the player to the end. By the end of the beginning the pattern between the choruses had gotten a little stale, and had left me thinking as to whether or not this was actually an Expert+ song, which isn’t great in its own right, but it also made it difficult to anticipate the difficulty spike in the ending. The small things in between those moments were a nice refresh, but it still felt a little repetitious. This map is great the way it is, but there are a couple things that I think might’ve been able to have been done better:

Starting at about 1:46, the way the wrist has to turn for most people to make those cuts really difficult, and can make people panic and lose flow.
At 1:03 and onward, the two pillars at the same time as the crouch can be difficult to reach up to, I would suggest avoiding putting more than 2 notes at once around a crouch.At around 2:25, the crossover into the crouch is likely difficult to most people, so again, I would say keep crouch stuff relatively simple in the future.
At about 2:24, the bombs that are placed on the sides of the notes… I don’t mean to be offensive, but they’re generally looked at as tacky. The bombs that you have in all the other places, that serve as decoration, were great!
At 2:58, the double red dots, and again with blue, are nice for the sake of dot notes but especially the blue, are difficult to read and prepare for, especially because it’s at such a specific moment in the song.

There are a few places that were a little shaky, but literally everything else unmentioned was fantastic! The “And on..” portion was my personal favorite, it felt really nice, at fit the song excellently! Something that I have rarely ever experienced, was that I didn’t really notice the background lights in any particular way, which is fantastic! If there are too many or too few light events, it’s often noticed, and kind of weird, but this map achieved the perfect balance! Although the in-between chorus was a little iffy, the choruses were fantastic, and new, and unique! I really liked the uses of walls, and for however iffy the in-between was, it flowed beautifully!

Overall, the map could benefit from a re-vamp, but it’s far from necessary. Well done!

We didn’t start the fire BSMG did…

From the ones who recently made Revenge and Never Gonna Give You up comes a new map that I’m totally over-hyping but is still very fun, we recommend you play with technicolor on for the best experience. 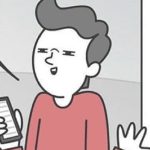