Fun and worth playing, but could use some tweaking

Everything is in time

Some of the patterns feel really good

Has a few patterns that hurt the flow

Has a few readability issues

Cotton-eye Joe has a great silly beat behind it and I also thought it would make a fun Beat Saber song! This version, while still fun, has some issues keeping it from being “great."

Everything is in time well (which is often a large part of what makes a great map), but some of the patterns and readability issues keep it from having the level of polish that the song deserves (so here’s to hoping for a V2 from ayewyn!)

The patterns really do have some fantastic moments where you can really get into dancing through the song. I think what doesn’t work so well is the double two handed down hits. To hit these, you either have to treat it like a snake pattern and flow through it (which won’t give you full points) or you need to do two fast down wrist flicks. The latter works, but doesn’t feel as good as something like a while done up and down hit. I’d also like to see some more two hand cross over the body patterns to really get you dancing to the song.

Readability takes a slight hit with some face level patterns that could be avoided with tweaked placement.

Overall, Cotton Eye Joe is a lot of fun and worth playing, but could be better. I’d like to see some of what Bennydabeast does so well with "across the body patterns” that really give you the feeling of dancing.

Made for my mother who wished Beatsaber had this track when I demoed the game to her. 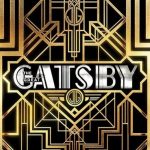