Lots of fun and interesting patterns

Bombs force you into interesting scenarios

Walls tunnel you into claustrophobic spaces, but it's fun

Exciting lighting that overwhelms your eyeballs

Couple of awkward transitions in the final part of the map

Heisenberg is back to wow your pants off

We always like to joke around with Heisenberg and bombs but he really is a great mapper too.  But yes, there’s bombs in this.

This is my favorite song from the entire Kai Wachi collab.  It has a great dynamic sound that’s perfect for the atmosphere of Beat Saber.  Heisenberg uses lots of fun and sometimes alien-feeling pattern that work to the benefit of the song.  He’s also included some great wall and bomb practices that really make the map pop.  Walls coming in during the reverse swell of the intro that slowly creep into the playspace, bombs that force you into precarious positions.  It’s the little details I enjoy in this map.  I also think Heisenberg utilizes sliders/staggers in this map better than the vast majority of mappers.

While the map is good on the whole, I would like to see a few things tweaked.  I complained about bomb strips in Rexxz’s map, and although Heisenberg uses bombs in the cleverest of ways, I don’t like the idea of bombs passing through the players virtual body.  I think some of the bombs could be tweaked so they don’t do this.  There’s also a couple of awkward movements in the second half of the map; most of the awkwardness can be attributed to the lead-up to the hits.  Finally, in the ending of the song is a piano outro.  During this outro, a couple of chords are struck in a staggered manner; piano players often do this when playing a chord and I would like to see that practice reflected in the mapping.  To do this, Heisenberg could have mapped three or four single notes (1/6 – 1/8 cursor precision apart) during these chord strikes.  These gripes aren’t strong enough to take any points away from this map however.

Great map, lots of fun, pog lighting.  Heisenberg doing what he does best.

Pack was done by Ruckus, Rexxz and Heisenberg 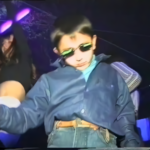