After a month of doing nothing, and completely lacking any drive, I’ve finally decided to map something.

The last few weeks have been pretty difficult for me for no discernable reason, and I felt like I was neglecting mapping, which I usually love doing. This song gave me a lot of inspiration, so I decided to set a 3 hour timer just to challenge myself to get it done. Instead of leaving it as something speedmapped in 3 hours, though, it grew into a bit of a bigger project.

I’m really proud of this one.

And since this could be my last map of the year, I just wanna take a moment to reflect on my first year in the mapping community (WARNING: ooey gooey sentimintal garbage, yuck!)

The Beat Saber community is the first online community I’ve ever really interacted with, and I’m so thankful to have been met with nothing but open arms by every mapper I’ve seen. I’ve met tons of incredible people and, despite the drama and petty stuff, this community is amazing and I’m glad to be here.

I’d also like to thank a few people who have been exceptionally helpful/influential to me, and/or have just been great to talk to:
@GalaxyMaster for being a massive inspiration, helping wherever possible, and teaching me most of what I know
@GojiCrafter for being the one to initially push me and bring me into the style I have now
@a-jhintleman for creating insane maps that have inspired myself and many others, as well as being a super positive figure in the community
@Phoenix_5 for supporting and encouraging me when I wasn’t confident in myself
@Undeceiver for creating thought-provoking conversations that force me to know my stuff, and keep me in check
@Moriik for running the Beat Saber Mapping discord which made this all possible
@helencarnate for being pretty much everywhere and running everything, while putting up with everyone’s shenanigans

Here’s to the next year with (hopefully) even better maps! 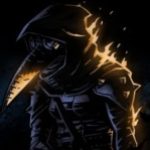 I make maps sometimes. Specifically fun ones I think. Balanced, dance, tech, fitness, and accuracy are the play styles I enjoy the most both as a mapper and player. Although nothing draws my attention more than a note worthy light show. In terms of music, I enjoy pretty much all walks of life but lean more towards rock, hip-hop, pop, and EDM.