Hey do you think anyone has thought to put KING in Beat Saber? >_>

My “plan to map” list is long, but my “will never map” list used to consist of just this song. It’s a great song, so many people (and especially vtubers, it feels) have made excellent covers of it, and there are already lots of great maps of it.

But then Amelia Watson, of all people, made a cover of it. Tbh, I mapped this because I felt like I had been working on and planning for collab projects too much and wanted something that really felt like I could indulge in my own niche a bit. I still want to bring as many people along with my tastes as possible, the mapping is hopefully accessible, but I’m not sure what people who aren’t already fans of Amelia Watson would think of her singing, haha. If you don’t know Ame, just know that she has never really been a singer, and usually if she sings anything, she leans into her struggle to maintain pitch and rhythm for comedic effect. It’s really impressive that she is singing so well for this cover imo, as a fan it’s easy to feel proud of her for progressing so much, and listening to this kind of makes me want to cheer her on, you know?

This is the best cover of KING because I love Amelia Watson.

Thank you to testers!
@tetsubeats
@symphonic

*360 difficulties from me will never exceed 180 degrees in either direction, corded players can play without worrying about tripping* 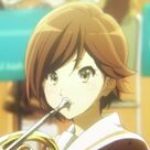 Classical composer by trade, but found a passion for mapping and lighting along the way. I map all sorts of genres, particularly songs that have a lot of layers to represent creatively. I tend to center around a comfortable mix of tech, dance, and accuracy, depending on the song. I have a huge playlist of songs I want to map at some point — maybe including one of your favorites! Feel free to reach out on Discord: symphonic#0378