This map of Ignite by Zedd falls short of satisfying in many ways. Generally speaking, the arrangement is repetitive, the movements often break flow rather than build it, and adherence to the rhythm is slightly underwhelming.

Starting with the flow problem this song has, there are many instances where movement is repeated in one direction, for example the repeated diagonal-up blocks during the chorus are tedious rather than satisfying. There is also another instance where one saber has to repeatedly slash inwards while the other saber plays a separate pattern, leading to the movement of one saber ruining the momentum of the other.

Another issue I have with this map is the repetitive nature of the patterning, most of the map is just slashing up and down repeatedly. Sure, there are some diagonals here and there, but nothing stands out to make this an interesting map to play. The choice of "instrument" to follow throughout the track is also an issue. Throughout the whole song we only follow the mono-rhythmic beat of the synth, which makes for a static experience. During verses, when the vocals take the spotlight musically, the map is still charted to the synth, even when it's soft and in the background.

Some smaller issues include eye-level blocks and double blocks, as well as a few controller smashers, but are not prevalent.

An expert map for the song Ignite by Zedd.
Mapped by the mapper of Hopes & Dreams and Last Surprise.
Lighting events fully mapped. 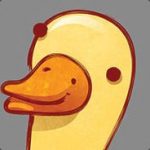 Hello, my name is Peepers and I'm DOWN FOR SOME SABERS. I enjoy maps that flow well, as well as patterns that reward mental dexterity over physical speed. I'm exclusively an Expert / Expert+ player, so I definitely enjoy a challenge. I'm always looking for songs that are satisfyingly difficult! https://scoresaber.com/u/76561198025059965 @Peepers on Discord if you wanna hit me up.