A bit of backstory for this map and a THANK YOU!

I discovered Ice Nine Kills around the time I started to get into mapping, and the first map that I uploaded by them was this song, The American Nightmare (that old version is still up, by the way!), from their album, “The Silver Scream”. I was originally planning to map EVERY song on this album, but got around 9 songs deep into the 15 I planned on mapping and suffered my first burnout.

Months passed, I kept saying that either I’m going to re-map the ones I care about or finish the album at some point, but there were too many other artists I wanted to try my hand at, so I never really got back to it.

Fast forward over a year and a half later, and here I am, getting close to hitting 100 maps– an incredible feat for me. Now, I’m not counting collaborations and maps I’ve simply put on other accounts like my alt, ByteTheNerd, because then I would already be over 100. This is a celebration of hitting it solely on this account, and I’m really proud of myself for being able to push out these maps at the rate that I have. You guys also have REALLY been enjoying them over the last year as well, which I could not be more grateful for!! Thank you to everyone that requests my maps in Twitch Streams, or curates them, or just to all of you that play them. It’s really been an awesome journey so far and I wouldn’t be here at 100 without your support <3

But ANYWAY, I got close to 100 and decided I wanted to return to one of my INK maps. I wanted to re-map one of them without even looking at what the original looked like, just to see how much I've improved as a mapper in the last year and a half.

Thank you all so much again for playing the maps. I've loved every second of it. 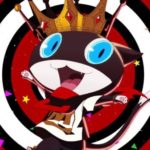 Hi! I am RateGyro but people just call me "Rate". I'm a mechanical engineer that has a very long background in gaming and music. Though my job doesn't involve music, almost all my free time is spent in the beat saber community. You can catch me in twitch beat saber streams most of the time and I am mostly known as the person that commissions large amounts of Persona maps. I grew up on classic rock and metal but now days I listen to everything except country. My discord is RateGyro#1515 if you need to reach me.