[xavier] is an up-and-coming mapper who tends to stick to western pop music, which is actually more uncommon than you’d think. I have been following [xavier]’s map releases for some time and improvement has been very noticeable. One general criticism up until the point of this map release is that the jump distance can occasionally be too uncomfortable for me. However, that is not an issue with this map!

The mixture of mapping to vocals and instrumentals is done quite well and contributes greatly to a nice, comfortable Expert+ feel where it otherwise would have played as Expert.

I have two points of criticism, neither of which detracted from the fun factor of the map for me.

First, the emphasis can be off at times as there are some stacks without musical justification. It is possible that [xavier] had envisioned a dance pattern at these points, but I can’t help but nitpick certain emphasis issues. This is also seen in the chorus where the same sound is used twice (woo-oo-oo-oo-woo-oo-oo sections towards the end of each chorus) however the pattern is altered with different emphasis (a double on the final hit).

Second, going back to the woo-oo pattern, I felt that it was out of place by forcing a much faster motion than the rest of the map had been calling for. I believe that alternating blue & red there rather than notes of the same hand repeatedly would have created a more comfortable dance map. In the chorus, there is another quick motion as a crossover where it feels much too intense for the music. With that said, these patterns were comfortable enough to continue being fun and didn’t ruin the map in any way.

With the influx of Beat Saber players, we are likely to continue seeing more up-and-coming mappers. [xavier] is one such mapper and those who enjoy chill pop maps may find this mapper’s other uploads to be quite enjoyable!

There’s Just not enough Good Bebe Rexha Maps on here So here’s another one 🙂 its a mess . I mean I’m a mess . I mean well . Just try the map … lol .. I tried to step out of my comfort zone with this one so it is a little faster expert+ than most of my maps ! Hope u all like my creation 🙂 Have Fun and Good luck ! Preview video 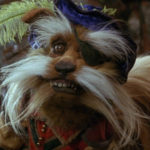