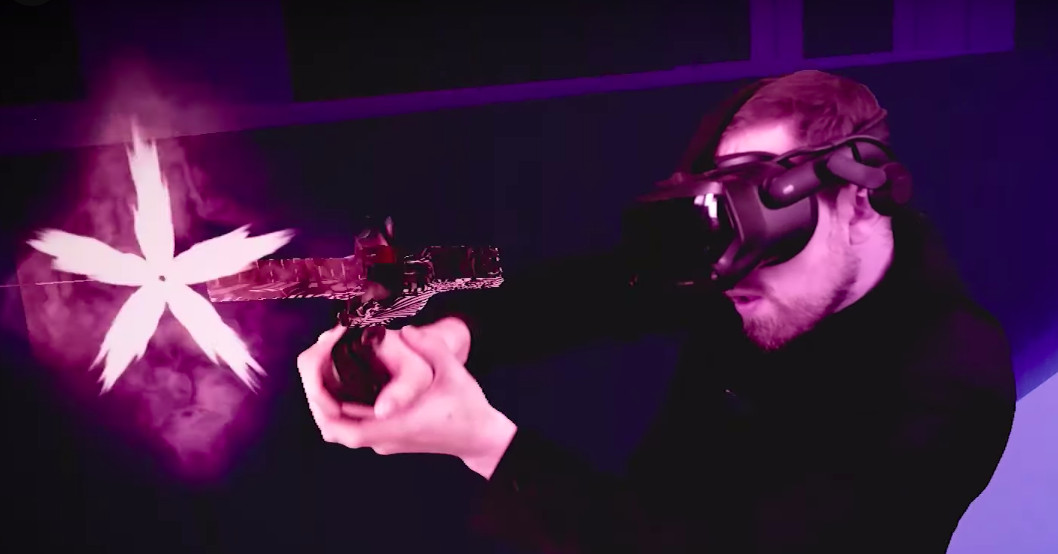 Excellent video version of this guide

When I first tried Pistol Whip at OC6, I was instantly addicted.

All this wrapped into one epically stylized package that makes you feel bad ass like you’re John Wick when you play it? Check, check, check

The thing that stood out after playing it (for far too many hours the past couple weeks) was just how many layers of depth there is in it.
When you start out, you’re just learning how to shoot and dodge (basically trying to stay alive while you lament over how sore your legs are from doing so many squats dodging bullets), a little later, you learn how to shoot everything in time to the music and realize how great the flow is in the game, then finally, you learn the details of how scoring works and just go into this flow state each time you return to the game, partly making up your own rhythm each time you play.
Anyway, let’s jump right into how scoring works since the tutorial doesn’t cover some of these details.
The game initially ships with 30 leaderboards (10 maps with 3 difficulty leaderboards each).
Here’s a couple great videos of what the game looks like when you learn to play in-time to the music 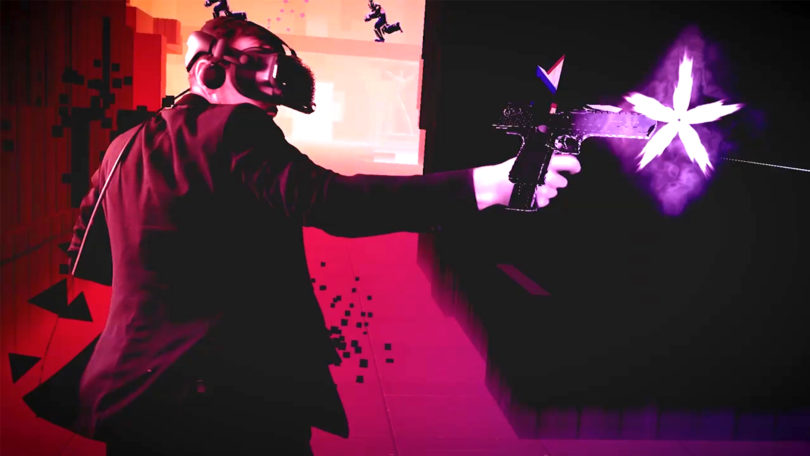 The aim of the game is accuracy and rhythm (besides Pistol Whips obviously, we’ll get to that). You can get up to 200 points per shot if it’s both:
1. On beat to the song (this gives 100 points)
2. Accurate (has to hit the enemy anywhere on their body, giving another 100 points)
a. Accuracy
By default, there is an “aim assist” activated. Turn this off and you’ll realize just how bad of a shot you are. Even though you may kill enemies if you have bad aim with aim assist on and get some points, you’ll still only get full points if your aim was close enough to still hit them.
With a maximum of 100 points, the scoring with aim assist on is calculated by “how much aim assist was needed to help you still hit your target?” This means that you can still kill an enemy with a poor shot (with aim assist’s help) and only get a couple points for your accuracy score.
b. Timing
Like most rhythm games, timing is extremely important, giving you half of the possible points from a shot. Unlike other rhythm games like Audica that shows exactly where to shoot and when though, you as the player are responsible for who / where to shoot and when.
When you first start playing, if your gun bullets were a percussion instrument, you’d probably get kicked out of the band. Later, you start to wonder why every band doesn’t have a “pistol player.”
c. Additional info related to timing:
I had to ask the developers for some of these details. Timing is 150ms for each eighth note — 75ms on either side of the beat. The game lets you follow the beat with a shot within an 8th note, regardless of whether it was technically within the on-beat window. This allows for syncopation and 16th notes and allows you to still get creative with making rhythms with your shots. 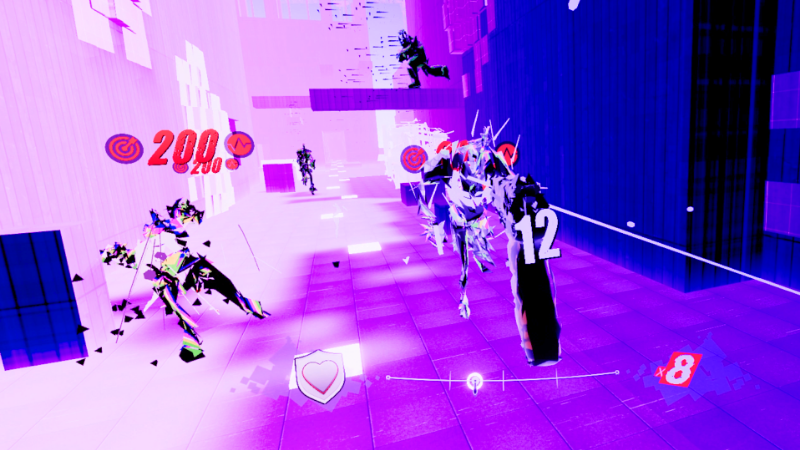 Pistol Whips are very satisfying to pull off, but can be challenging at the beginning. For those who don’t know, a pistol whip is when you bash an enemy with your gun (think doing a melee hit in Halo)
To pull off a pistol whip, you have to taunt an enemy in front of you to shoot at you, dodge it, then you’ll need to time how long you have before the enemy reloads and tries to shoot you again, taking him out before he does with a swift hit to the face with your gun.
Killing with a Pistol Whip has a velocity counter, so you get max points for a 4m/s floating average. If your swing has less speed, you’ll earn less points, exponentially. Basically, pretend like the enemy is a Beat Saber block and you’ll be good.
Why exactly would you want to do a pistol whip, it sounds riskier? It is in some ways, but it has a pay off. Basically, a pistol whip is one of the easiest ways to guarantee maximum points from killing an enemy. Most likely, if you pistol whip a 4-shot-to-kill enemy with a bit of force, you’ll get 800 points (almost guaranteed, as long as you didn’t shoot them yet). If you shoot a 4 hit enemy twice before doing a pistol whip, you’ll only be able to get the left over full 400 points with the pistol whip.
One last benefit of a pistol whip is that it reloads your gun and restores your full health. You don’t get additional points (beyond what you’d get if you had perfect shots), but the number of pistol whips you did in a level is also recorded for bragging rights at the end of a song. 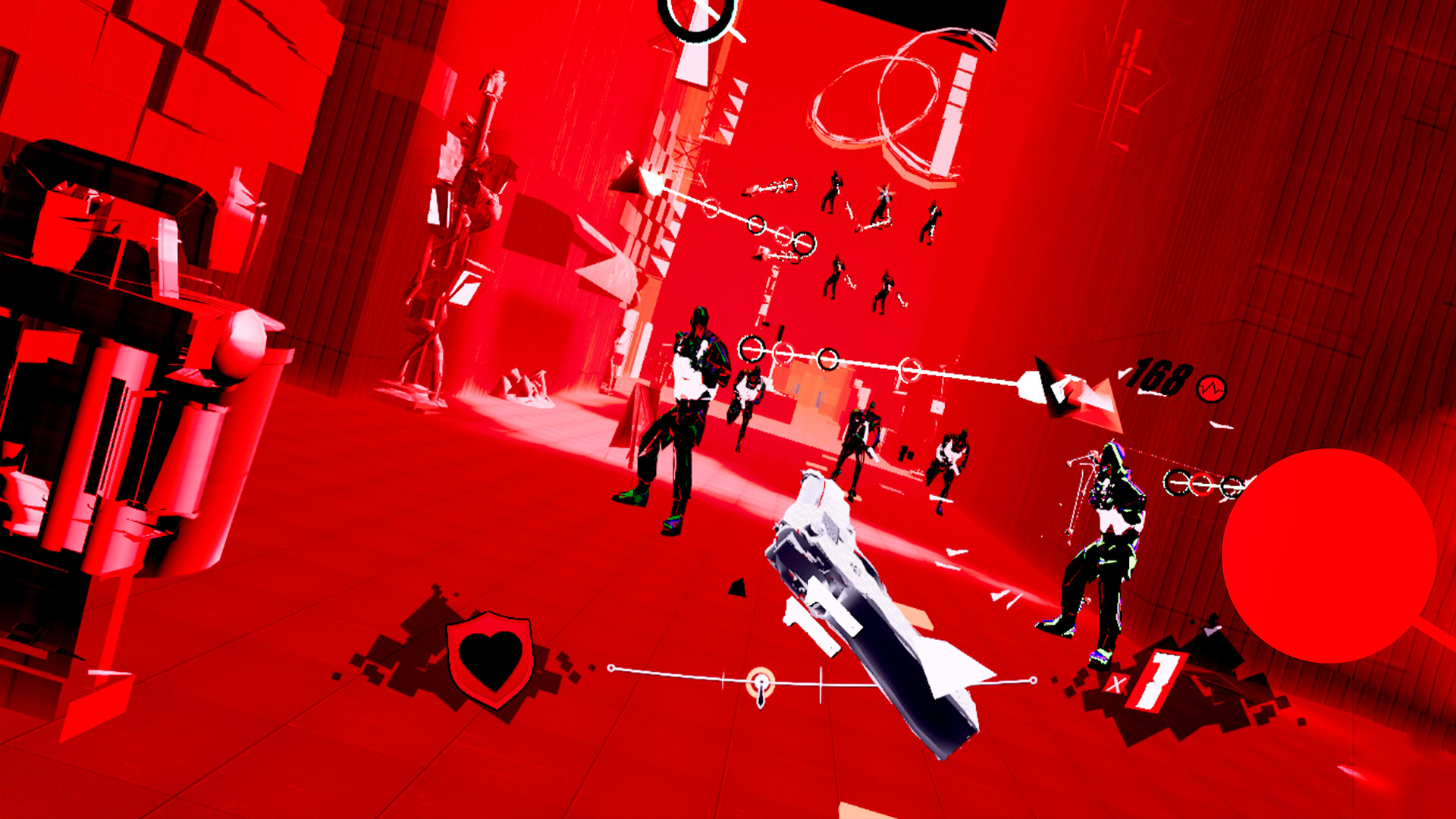 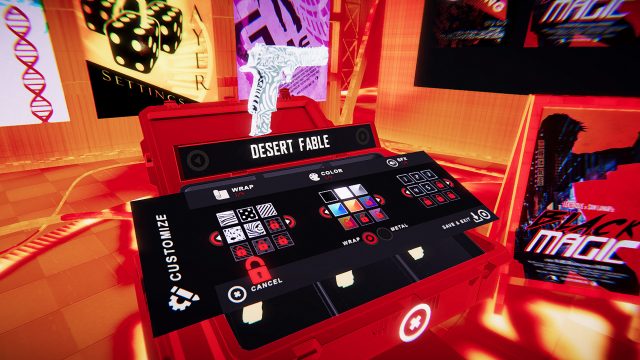 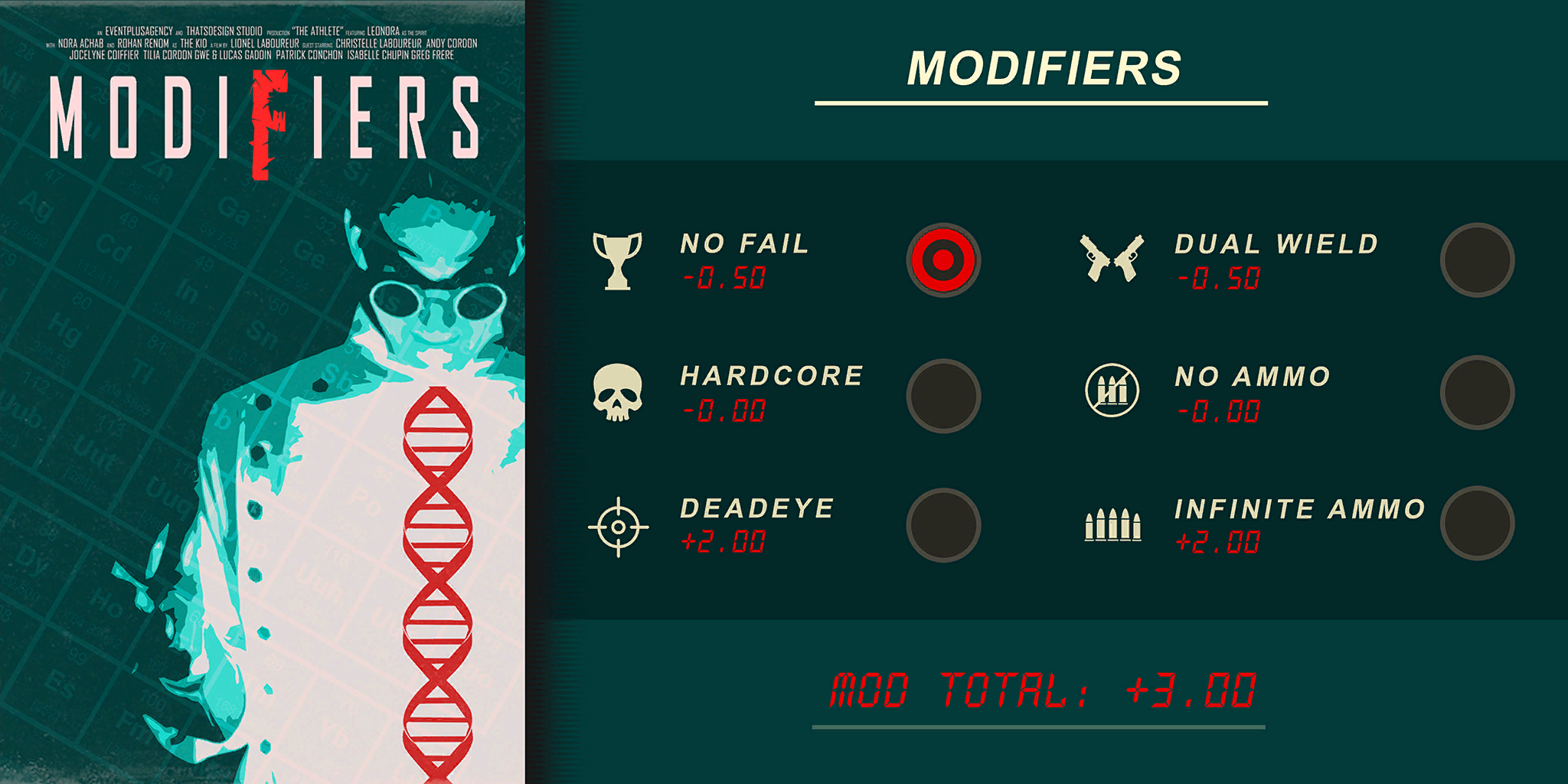 Modifiers are great ways to change up your gameplay and can allow you to get even higher scores if you disable aim assistant (and also have great aim). You can open up the modifier menu to see more about each one of these and how they affect your score.

So that pretty much sums up the scoring!
A few last FAQ:

Are there mods and custom maps?

Not yet, but the devs have a lot of areas in for this and said they’ll make an announcement in a couple weeks. A Beat Saber modeler Sir Raynor helped me mod in a new gun and got the devs full blessing to do so. New songs are entirely possible, but are a little complicated since there’s a whole level custom created around the song. I could still see a few ways this could work well and I’m excited to hear what the devs announce about it in a couple weeks.
EDIT: I made a proof of concept mod for a custom song (uses an existing level design though). Here’s a guide on how to swap out songs yourself
We were able to chat with the devs about modding and talk about other things on our last BloqTalk
Anyway, hope this was helpful. See you on the leaderboards!