Welcome to this week’s edition of Mapper Monday! This week we talked with with long-time tech-style mapper and ScoreSaber ranking team member, Uninstaller! 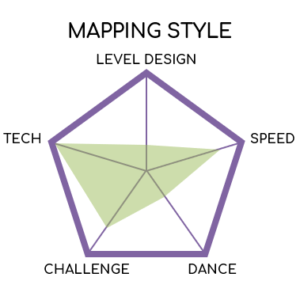 What inspired you to start mapping?

A. Like many other mappers, I wanted to see my favorite songs in the game, so I downloaded EditSaber, watched BennyDaBeast’s mapping tutorials, and got to mapping.

Editor’s Note: EditSaber is out of date. Check out the BSMG Mapping wiki for current community editors.

Q. What are your preferred genres of music to map?

Q. Are there any other things besides mapping that you’re involved with in the Beat Saber community?

A. I’m one of the heads of the ScoreSaber ranking team. My responsibilities include keeping the ranking criteria up to date, running the ScoreSaber ranking team student coaching program, and the standard ranking team responsibilities of reviewing maps. I’ve also written a guide on how to give structured feedback on maps, contributed to the BSMG wiki, and worked on the map pools for the Beat Saber World Cup and an upcoming sightreading tournament.

Q. Can you talk a little bit about some of the changes that have been made to the way ranking works over the last several months? A lot of mappers are either terrified of the ranking process or they’re very green newbies that blunder in without knowing enough about the process. The process is a lot friendlier now than it used to be.

A. The core parts of ranking are largely unchanged. A mapper makes a map and checks that it follows criteria, a ranking team member checks it for rankability, the mapper makes changes based on the team member’s feedback, then the map gets put in queue and voted on by the rest of the ranking team. Instead, the changes to ranking focused on map quality and streamlining of the ranking process. We formed the Quality Assurance Team (QAT) to give playability and quality-centric feedback on maps in the ranking queue, which boosted the overall quality level of new ranked maps. In addition, the ranking queue was reworked into an actual queue, with queue position determined by a combination of map age and QAT up/downvotes, putting all mappers on equal footing when it comes to getting voted on.

On the technical side, Umbra streamlined the ranking process by enabling the ranking team to quickly update a map’s ranking request when maps are updated in response to QAT or ranking team feedback. Lastly, the criteria team did a readability-focused rewrite of the ranking criteria to ease the mapper onboarding process. If you’d like to learn more about any of this, drop by the ScoreSaber Discord and say hello.

Q. If you’ve mapped for rank or are on the ranking team, what would you say to encourage other mappers to consider ranking?

A. I’ve made some of my greatest strides as a mapper while pushing a map for ranking. Subjecting your maps to the scrutiny of the ranking process forces you to carefully consider the reasoning behind your mapping decisions.

Q. Which of your maps are you most proud of or is your favorite?

Here’s my playthrough showing just how much of a workout that is.

A. Fit the patterns to the song and the map. There’s nothing wrong with using the latest cool pattern that you just played or thought up, but make sure the music and the rest of the map support the use of that pattern!

Q. If there was an Amazon.com-style “Recommended Mappers” section, who would you show up under as “If you like [so and so], you’d also like [your name]”?

A. Saut, CoolingCloset, and Pug. Their styles of mapping and music choices are quite similar to my own.

Q. Do you have a signature pattern that you use in all/most of your maps?

A. It’s not really a signature pattern, but I do have an anchor pattern. I use this double in nearly all of my maps because it feels good to hit and transitions well into a variety of patterns: 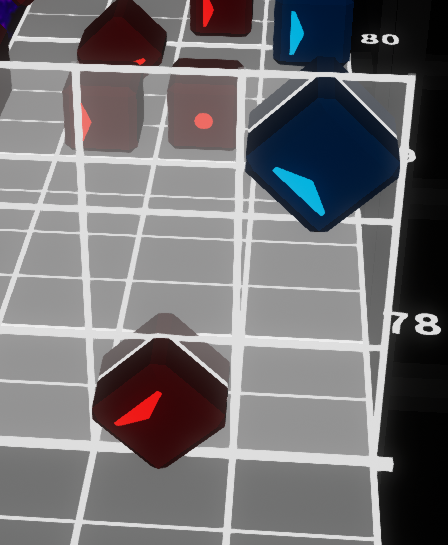 Q. What is the best way for newer mappers, or even more experienced mappers who make levels that are playable but don’t stand out from the crowd, to learn more about mapping to the music vs. just plopping blocks down in the editor without major errors?

Two videos that had a particularly large impact on me are his video on setting up expectations within a map:

and his video on properly utilizing rhythm and pattern variety:

Q. What style of maps do you most enjoy playing when you play for fun?

A. I enjoy playing extremely techy maps. Lately, I’ve been playing a lot of Kizuflux’s maps as he uses extremely unconventional patterns. I also enjoy maps with extremely unintuitive and/or bad mapping such as bbbear maps and Smooth Criminal. Sword Art Online: Alicization is a personal favorite of mine.

Q. Do you believe that the mapping ‘meta’ is currently in a healthy state? If not, what do you feel would help to bring the ‘meta’ to a good place?

A. I believe the diversity of maps is greater than it’s been in a long time, and people are starting to experiment with formerly taboo practices more and more, so I’m happy with the direction things are going.

A. Nowadays the trend in harder maps is towards faster and faster sliders as songs get faster and snappier, but I think slower sliders can work given the right song and setup.

Q. Are there any practices from “Ye Olde Days” of mapping that you’d like to see make a reappearance?

A. I’d like to see more reading heavy maps that mix resetting and non-resetting flow akin to bbbear’s maps. The challenge in creating such maps lies in making the flow consistent and readable.

A. After I set up my song file, I start placing blocks. I generally have some idea of how I want the most powerful part of each song to feel, so I build the sections of my map with the idea of building up the patterns and energy to highlight the most special parts of the song. If I get stuck, I tend to place timing notes to get a feel for the rhythms I want to use. Then I playtest my maps and iterate on them until I am satisfied. If I am mapping 360/90 degree maps, I testplay a lot more frequently in order to make sure the patterns I create work in game. Afterwards I add in any planned lower difficulties. I used to do a lot of manual lighting, but as I got more involved in the community I found I preferred to map more difficulties and help others with their maps in the time I would have spent manually lighting.

A. I would like to see more positivity and communication in the community. If a mapper made something you liked, let them know; personally it always makes me happy to see that someone enjoyed one of my maps. If the mapper made choices you consider questionable, give them feedback about it instead of complaining in the background. Nothing happens without communication!

Have questions for Uninstaller? Hit them up in the comments below!

This interview has been lightly edited for spelling, grammar, and clarity. 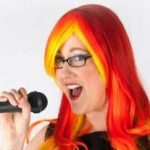