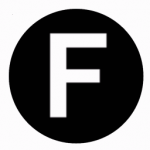 I’m the dude who poorly charted TTFAF and has mic issues on his YouTube tutorials. You’ll see no bull*hit from me including no Bias. I’ll say things as they are and even entirely go against the standard view of the masses and other curators. You’ll probably learn to hate me, or appreciate the different perspective. Follow us as a curator if you’re wanting decent music (here comes the bias xD ). Classic rock, blues, jazz, etc. I’ll delve into some modern electronic and such here and there but only if it actually sounds f*cking good. You can check out the charts I’ve made myself in beat saber by finding the songs with the big obnoxious white letters as the cover image that selfishly advertise my twitch channel instead of the album cover, because I can. <3 Freeek