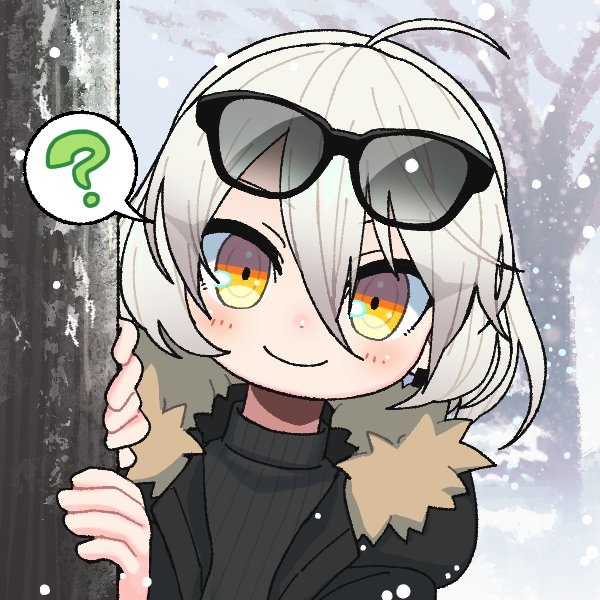 Welcome back to this week’s edition of BeastSaber’s Community Profiles! Today, we have williums! They’re perhaps most well-known as a Staff member of the BSMG, and they do a lot of work behind the scenes to keep everything running smoothly. We hope you enjoy getting to know a little bit more about williums and everything they’ve done for the community.

Q. What brought you into the world of VR and Beat Saber?

I bought my Oculus Rift in early 2018 after seeing a lot of VRChat on Youtube but didn’t end up playing a lot of it because of a lack of privacy at my parents’ house. I played a few games here and there after I moved out, but little got me thinking “wow I really want to use my VR right now”. That changed when I saw Beat Saber videos coming out in May and I thought “hey that’s the game I saw a trailer for in January!” I remember losing my mind when I saw the $100 Bills teaser while walking to my next class at university. Almost walked into a glass door… don’t browse Twitter while walking in to and from class.

Yes, and it’s also the first online community I really participated in. I joined a couple weeks after the game came out – I’d seen a few custom maps on Youtube by then, but I was determined to beat all the OSTv1 Expert difficulty maps on my own before diving into customs (there was no Expert+ yet). That changed when I heard there were custom sabers, rainbow lights, and a custom map of Shelter by Porter Robinson & Madeon. I had to check that out, and while it hasn’t exactly held up with time, it was one of the maps that dragged me into the BSMG discord.

Q.What brought you to BSMG?

I mentioned what brought me to the BSMG above, but what got me to stay was how intimate the community felt. The discord server I joined in May 2018 was a much different place than it is today. Things were far less established, and cliques hadn’t really formed yet. We’d be able to play and talk about ALL the new maps that came out over the last day, and you’d see Kyle1413, Tammymatty, Weaboo Jones, Skykiwi, and OrangeW at the top of every leaderboard. It was a breath of fresh air every day to pop in and see if any new mods were posted. Mod developments were made astonishingly fast. I fondly recall Ikeiwa popping in out of the blue to say “hi I just made (insert never before seen concept) mod” every couple days. Seeing what the community made got me to stop by, but the community’s passion kept me coming back.

Q. You’ve been around in the community for a long time! You’ve talked a little bit about what the BSMG Discord was like in its early days, but what has it been like to watch the community grow up as a whole?

The community never ceases to amaze me with what it can create; there’s boundless talent and dedication in everything from modding to the competitive scene. World Cup is coming to a close and the technologies used for it have come a long way since the Beat Saber Invitational. There’s a ton of modding projects too that I won’t talk about here, but you may or may not see them in a showcase of sorts pretty soon!

If you haven’t seen the BSWC already, why not check out the match between Team Canada and Team Norway?

Q. Has the community ever done anything that made you extremely proud to be a part of it?

There’s too many things to mention. As someone who’s been around since very early on, it’s incredible to see how much community involvement has pushed the game to be what it is today. Some notable mentions would be how ScoreSaber drives the entire competitive community and pushes for better mapping standards. Cube Community for showing everyone how to run tournaments and continuously raising the bar. Modders for creating entire frameworks for both PC and Quest modding. The mapping community, especially the Noodles, have impressed me with how much work is put into creating resources and tools for newcomers. I’d go as far as to say the BSMG mapping wiki is the most thorough and well written guide the entire community has.

Q. You’re currently a member of the Staff [admin, now] team, but have you held any other roles throughout BSMG’s history?

My first role was the Support role. I started helping out in #support (now #pc-help and #quest-help) in my earliest days. I wasn’t much of a developer, and I didn’t have the patience or creativity to make maps so I figured I’d give back to the community by offering mod support. I was actually inspired to help out by a certain Assistant who was tirelessly answering questions in #support before me, and I thought they could use a hand. They’re the reason the Support role exists in the first place, and probably a lot of the reason I’m involved as heavily as I am now.

Q. What are some of your responsibilities that help to keep BSMG running smoothly?

While I don’t really do mod support anymore, I’m heavily involved on the administrative and management side of BSMG. Most of BSMG staff tasks are group efforts so I don’t work alone, but some things I manage are “special role” applications and management, organizing meetings, web server administration, project management, the Twitter and Patreon accounts, and external relations.

That being said, the BSMG discord itself runs smoothly largely because of our team of Moderators, so be nice to them (✿◠‿◠)

Q. Outside of Beat Saber, do you play any other games or participate in any other communities?

I’ve played a fair bit of Arknights over the last few months, and I recently picked up PSO2 but I’m pretty unhappy with the current endgame, so I’m looking for new games to pick up right now. I bought a couple games off the Steam summer sale so that should hold me over for a little bit. Beat Saber has led me to some smaller communities of friends, but I’m not particularly active in any other larger communities.

Q. “William gay”. Can you tell us a bit about the origin story for one of BSMG’s most prolific memes?

“William gay” was an inside joke that was started by a friend of mine, squeaksies. He’d quite literally just say it without context in voice chat until people joined him. At some point he started randomly saying it in discord text channels or on twitter, and others would follow suit. Goodbye, Ms. Flower Thief was created as a feature demo for new features in Mediocre Mapper back when he developed it, and it concludes with a massive WILLIAM GAY in wall art. I distinctly remember my friend Aiko saying she knew william gay before she knew who I was and losing my mind over it. Umbranox took the liberty of giving me the sole rainbow colored name in the ScoreSaber leaderboards. I’ve had people recognize “William gay” in games unrelated to Beat Saber; it’s honestly kind of impressive how far it’s spread.

Truth be told, I’m fine with it. My reactions can seem dramatic because it often catches me off guard, but overall it’s a fairly harmless joke and it’s a bit endearing to see the community enjoying it so much.

Q. Is there anything else you’d like to say to the Beat Saber community?

Firstly, I’d like to thank everyone who made the community into what it is today. Some groups I particularly want to shout out are the rest of BSMG Staff & all the roles that keep it running, Cube Community, ScoreSaber, the Noodles, and the BS Canadian discord for inspiring me to do better work every day. I could go on listing names forever but I’ll just invite everyone to be mindful and cognisant of the community efforts that have gone into what you’re enjoying. Support their ko-fi or Patreon, or just give them a thank you when you see them in the wild!

Secondly, I’ve seen a lot of people wishing they could do more to give back to the community but aren’t sure where to start. There’s this notion that you have to create grandiose projects to “matter” in the community and make a difference. That’s not true at all; my own involvement in the community literally branched off from people just being nice. The community is reflected in the actions of its day to day members just as much as the big contributors. So to the everyday people in the community that make it a pleasant place to be, thank you all as well!

Thanks so much to williums for taking the time to share a bit about their Beat Saber life! Please consider supporting him in whatever way you can; it’s people like him that have helped to shape this community into what it is today. If you have any questions for him, please feel free to leave them in the comments!

Tune in next week for a profile from a Featured Modder.