Current Mediocre Mapper MK3Rev1 (https://github.com/squeaksies/MediocreMapper/releases) fixed most issues with lighting, which is described here. I stilll recommend this guide to get a basic understanding of different shades of brightness. You might wanna focus on the In-Game view then since the Editor view is now outdated.

Hi, I am ManDynasty and I will tell you something about lighting effects in the Beat Saber Editor. I also created a Youtube-Tutorial which will tell you all that is written here, but will also show you In-Game and Editor footage.

This is an advanced guide. It will not tell you anything about how the lighting track in the Editor works or what a Flash-Note is. It is focussing on actual In-Game appearance of lighting effects and what possibilities you have with that.

So if you have already tried yourself on lighting a map (Lightmap doesnt count), you might learn a few useful things in here.

First of all you have to understand the brightness of lighting effects. There is actually a huge difference between appearances in the Editor and In-Game (I will update this tutorial, when the editor improves on that!). You will find that the Editor pretty much shows two types of effects: on and off. There is also a transition between these, when using Fade-Notes.

With these I am now able to describe In-Game-Visuals:

This is not covered by the Editor-Visuals, but you will clearly see it In-Game.
Assuming that there is an On-Note beforehand:

Flash-Notes, instead of turning off and on again, will turn very bright and fade to normal bright (this takes some time!). So you could also use a lot of Flash-Notes after each other instead of a single On-Note to create a very bright On-Note. A lot might be 1/4, but depends on the BPM. In the Editor it will flicker all the time instead.

Fade-Notes, instead of fading from already on to off, turn from normal bright to very bright and just fade to off afterwards. In the Editor it will look like a smooth transition though it will actually look kind of controversial, since it will get brighter first before fading to off. You might also find, that the fading duration is longer In-Game.

Keeping in mind, that this can have unwanted effects, it also creates a lot of new possibilities. A standard pattern for lighting is called strobe. This describes rapidly changing on and off effects. It will look like this, but can surely be more dense than that (as seen behind): 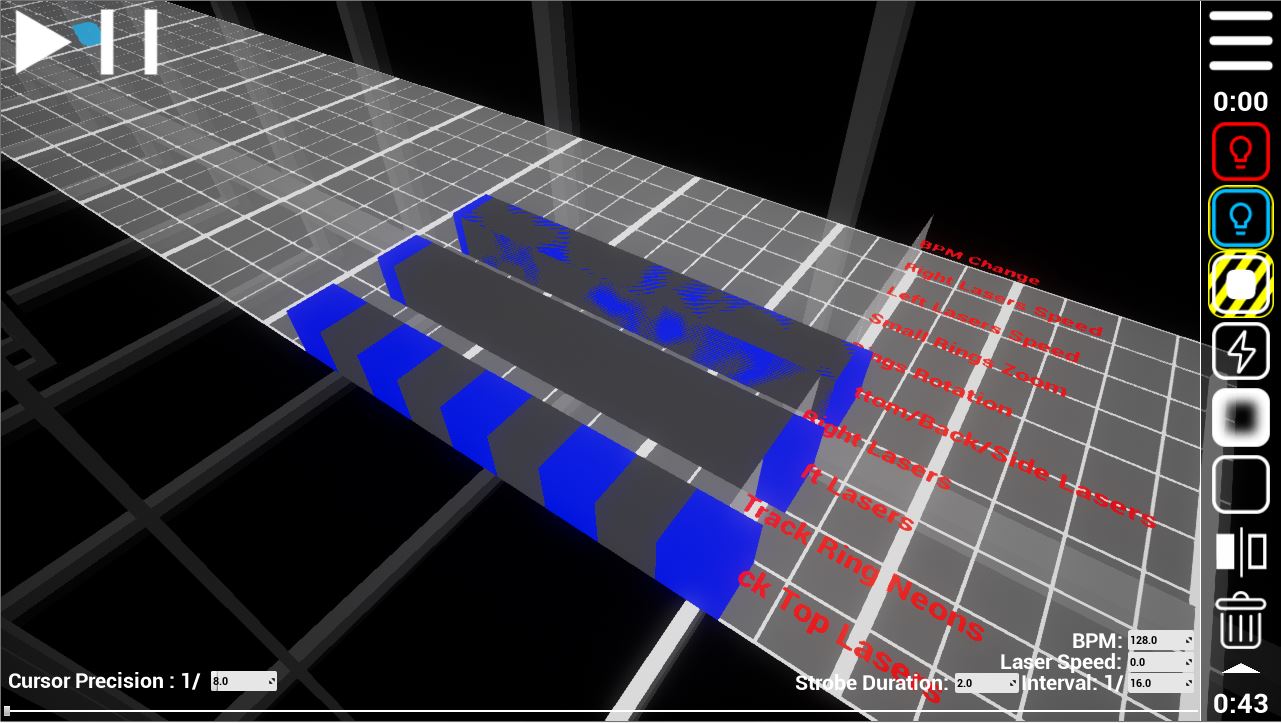 This will create rapidly changing lights and might hurt your brain while playing when used too excessively. Now that we have learned about different brightnesses we have a few more options. The difference between very bright and off (as when using a Flash-Note and an Off-Note) will be greater than when you use normal bright and off (as when using an On-Note and an Off-Note). So it will not hurt your brain as much while playing.
Side Note: When you strobe, there is not much difference between Flash-Notes and Fade-Notes, since they both start at very bright and dont have time to fade anyways.
You can also strobe using very bright and normal bright (as when using a Flash-Note and an On-Note). This is very comfortable while playing and will still have great effect! Keeping in mind that the Editor does not show these very bright/normal bright differences, it will look really trashy in the Editor, but will look really cool In-Game.

This might all sound like pure theory and you might not believe me until you see for yourself. Luckily, I created a Youtube-Tutorial showing you exactly the effects I mentioned, compared between Editor and In-Game.

If you have further questions or just want to talk about Lighting, feel free to add me on discord: ManDynasty#4729 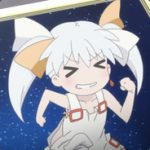 Hello, I´m ManDynasty, though my friends call me Mandy. I like all kinds of rhythm games, as well as other games through all genres as well (mostly singleplayer though). I also make BeatSaber beatmaps.