Welcome to the first of our new Beat Saber game update recap articles here on BeastSaber! This update has straightforward additions with a new music pack and some quality-of-life tweaks to the level editor for the PC version, but expect a more in-depth article whenever a major update happens regarding gameplay or mapping.

Ready to rock? Take the stage with the Rock Mixtape featuring 8 heart-bumping hits from Nirvana, Guns N’ Roses, The White Stripes, KISS and more, with a fresh new environment included! For the first time ever, play the nearly nine minutes long track “Free Bird” by Lynyrd Skynyrd – the longest song ever released in Beat Saber. LET’S GO! Rock Mixtape is now available for purchase as additional content for the game.

Expert+ playthrough videos by Kival Evan. Find all of their playthroughs of every difficulty on their YouTube channel.

You read that right: Free Bird is officially the longest song available in base game Beat Saber! This 8:50 track has taken first place in song length over past marathons Angel Voices by Virtual Self (6:12) and Light It Up by Camellia (6:10). Also new in this music pack, Sweet Child O’ Mine by Guns N’ Roses is also in the running at 5:56. Keep your schedule open next time you play these songs! 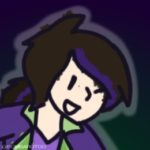 Haphazard writer for BeastSaber, specialized in keeping up with game updates and what gets added and patched. Player since July 2020. Mapper since March 2021. Enjoyer since all of the above. I get my accuracy from minigolf. Buy more cards